Bahram Kalantari along with Fereshteh Assadzadeh, Mohammadreza Ghoddousi and Niloufar Niksar were the members of the guest editorial team of Memar Magazine issue 92. This issue, commonly called the white Memar due to the color of its cover, focuses on the theme of architectural quality. Here is an excerpt of the editorial note by Bahram Kalantari:

“Our first basic concern was how a single architectural project could be evaluated, yet as we advanced, the pervasiveness of the problem in the field of architecture became all the more evident. Judging the quality of architecture has an enormous effect on the work of an architect: from the time he is a student up to when he enters the market and has to sell his work, and later on when he tries to evaluate an architectural work as part of his exploration. This is an important factor in understanding architecture and there is no simple way to go about it. Quality in architecture is an open concept which does not have a fixed criteria. It requires knowledge and experience as well as flexibility in accepting new examples of quality.”

Memar 92 contains an annex in memory of Soheila Beski, the founder of the Grand Memar Award and Memar Magazine, who sadly passed away before the publication of the issue. 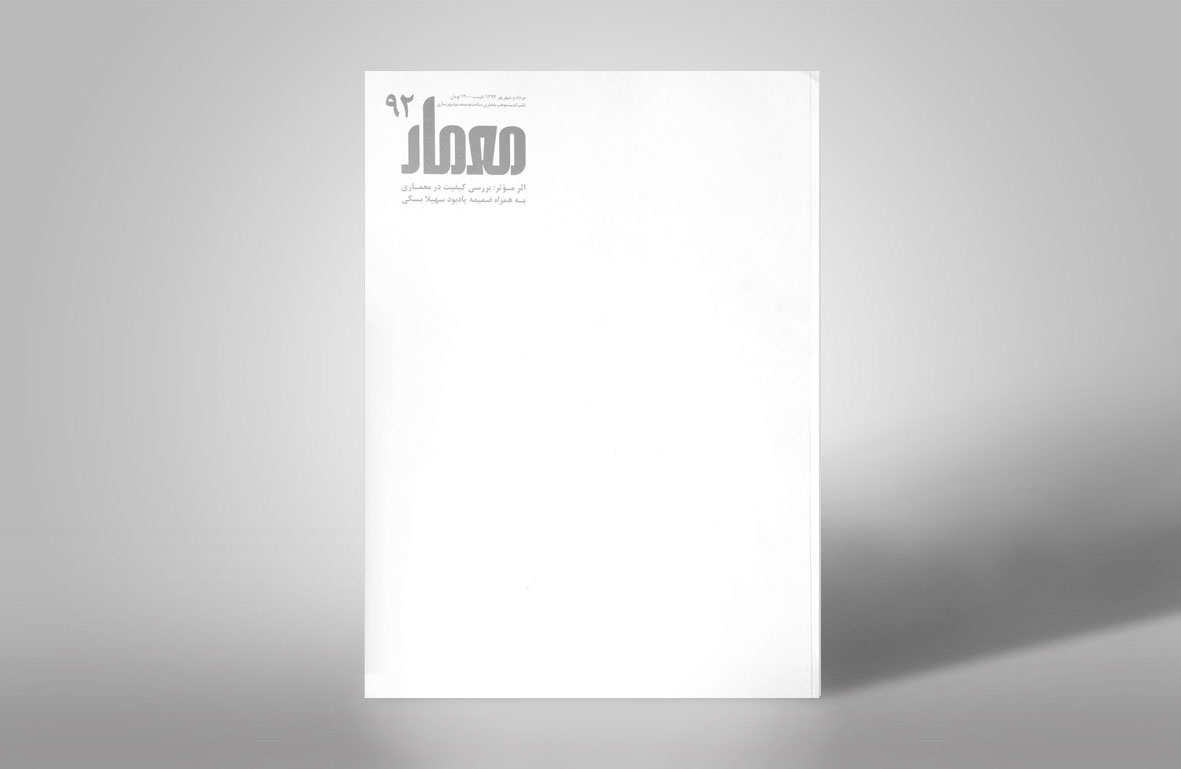 This issue also contains a roundtable titled In Pursuit of Quality, in which a number of architects discuss the topic of architectural quality: Mohammadreza Nikbakht, Reza Daneshmir and Mohammad Majidi (three architects who among others are influential on contemporary Iranian architecture, each with their own methods and approaches) come into conversation with Bahram Kanaltari, Mohammadreza Ghoddousi and Kourosh Dabbagh, whose concern for quality and the ways of evaluating it was the driving force behind this issue of Memar.
In this discussion, the goal was to go beyond taste and even ideology in order to focus on spatial principles, qualities, and values that are purely architectural. This does not imply the denial or the challenging of taste, ideology and other factors outside of architecture, rather the focus has been shifted to the very important topics that are sometimes considered banal and are discussed only marginally.