Memar Magazine Issue 84, with Mohammadreza Ghoddousi and Hossein Hejrat as its guest editors, reviews the topic of the market of residential construction in Tehran today. To read more about this issue click here. 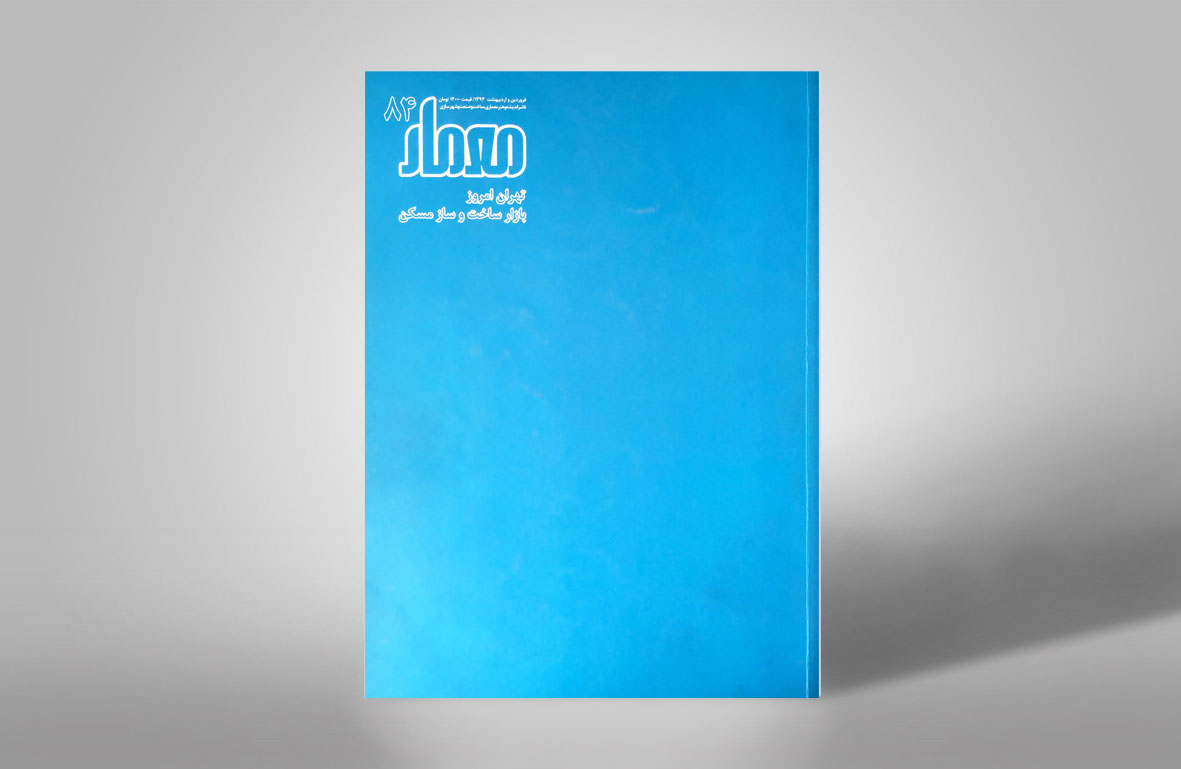 Here is an excerpt from the essay “Much Ado About Nothing” that Bahram Kalantari authored for this issue:

“ Seldom will you find an inhabitant of Tehran or even a foreign visitor whose attention is not attracted to the numerous new projects being built in every street and alley: Tehran has turned into a large construction site. If you ask our fellow architects abroad, they would confess that they envy this huge demand for construction in Tehran, and in terms of the number of construction projecfts, they find Tehran a heaven for architecture.

According to the statistics presented by Atlas of Tehran Metropolis website, 168000 residential units received construction permits in 2001. Construction, at its lowest, was around 64 thousands units in 2005. In theran, the share of the residential sector in overall construction (including offices, commercial and industrial buildings) is around 90 percent, that is to say, this sector also plays an important role in the making of the urban image of the city, an image which, a random observer might say that it is impossible that architects and professional designers have played the smallest role in its creation. The criticism expressed by architects and designers, which are no more influential in this process than the observers, appear in everyday conversations and in different journals. “